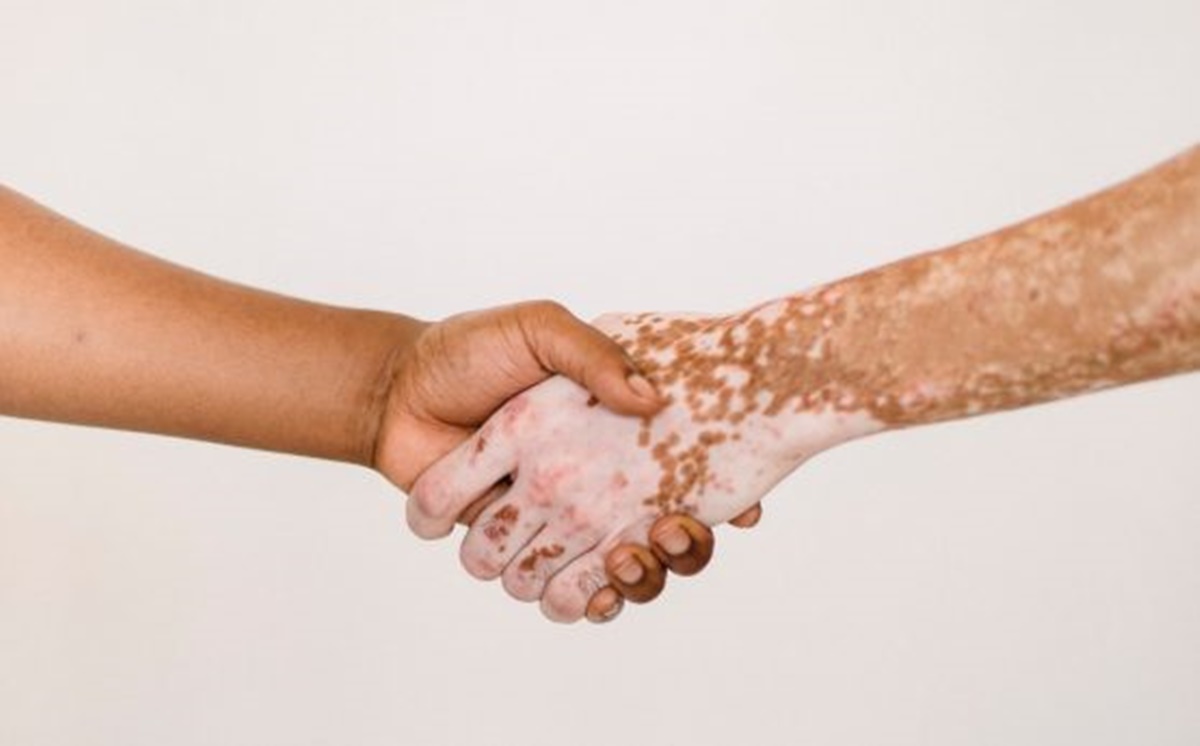 In case you are wondering if ever having Vitiligo has an influence on the effect of coronavirus, then you need to read this blog and understand what  John E. Harris says

2020 was a difficult year for so many of us, with COVID-19 creating a pandemic that we have not seen for over 100 years. In the spring, many wondered how having vitiligo would influence the effect of the virus, such as getting more severe effects from the virus, or whether vitiligo might get worse during infection with it. You can read my blog about this below, but in short, while the pandemic itself seems to have caused worsening of vitiligo in some people (likely by increased stress it has caused), I have not seen an infection with the virus making vitiligo worse, or people with vitiligo having more severe reactions to it.

Now that a vaccine has become available for COVID-19, many individuals with vitiligo have asked whether it will be safe for them to become vaccinated. I just received the first dose of the vaccine this week, and I am thankful to have been prioritized as a physician who sees patients and could spread the infection if not protected. My arm hurt a bit, but other than that have felt quite well. I received the Moderna version of the vaccine, and many of my colleagues received the vaccine from Pfizer with similar effects.

Will the vaccine work as well?

I do not anticipate that either version of the vaccine will have any harmful effects for those with vitiligo beyond the average side effects that are known for anyone who receives them (some have headaches, chills, fever, etc, beyond the arm pain from the shot itself). As discussed in my earlier blog this spring, those with vitiligo do NOT have a weakened immune system, and in fact it is a little too strong or “active”, at least against their pigment cells. Thus, I expect that the immune system will work just fine and generate a strong immune response to the vaccine, providing protection against COVID-19. For the small number of patients who are on immunosuppressive medications such as low-dose oral steroids (like prednisone or dexamethasone), or even JAK inhibitors such as Xeljanz, I expect they will still get the beneficial effects of the vaccine, and other patients who are on these medications are recommended to get it as well. Some wonder if the overactive nature of the immune response due to vitiligo will cause additional side effects to the vaccine, but it is unlikely because it’s not the entire immune system that is hyperactive, just a small portion responsible for killing the pigment cells. So overall, I expect that the reaction to the vaccine will be very similar to the general population.

What about its effect on vitiligo?

Will the vaccine make vitiligo worse, or more active in those where it has been stable, or not spreading? We can’t know the answer to this, since it is so new, but I don’t think so. Of course, any time the skin is injured (a scratch, cut, burn, etc), those with vitiligo can get a spot at that location, which is called the Koebner phenomenon. But this only happens when the vitiligo is active, which is not the case for most people, and it often gets better pretty quickly. See my blog post about this, including different appearances of vitiligo, here. Others who get injections of inflammatory proteins called interferons to treat a liver infection called hepatitis C have reported getting spots at the site of injection, which is due to inflammation at the site, probably similar to the koebner phenomenon. The RNA vaccines for COVID will likely induce interferons in the muscle where it is injected, so there could be a similar result, but it’s probably not likely to be in the skin, and if so, probably won’t be more severe than the koebner phenomenon mentioned above.

Of course, the result of getting infected with COVID is likely severe illness including fever, difficulty breathing, and fatigue that could last for many months, as well as a lower (but very real) risk of hospitalization and death. It also means that you could infect others, who could also get severe effects from the illness. In the end, the small theoretical risks associated with getting the vaccine are nothing compared to the very real risks of not getting the vaccine.

So overall, I will counsel my patients to get the vaccine without reservation and hope that many of you will strongly consider it as well. Our community, including those with vitiligo as well as those without vitiligo, is depending on all of us contributing to the fight against the virus through vaccination. We could lose the fight, with many more deaths, if we don’t all chip in. So please do your part for our community, including those who are weaker from other conditions, and let’s do it together.