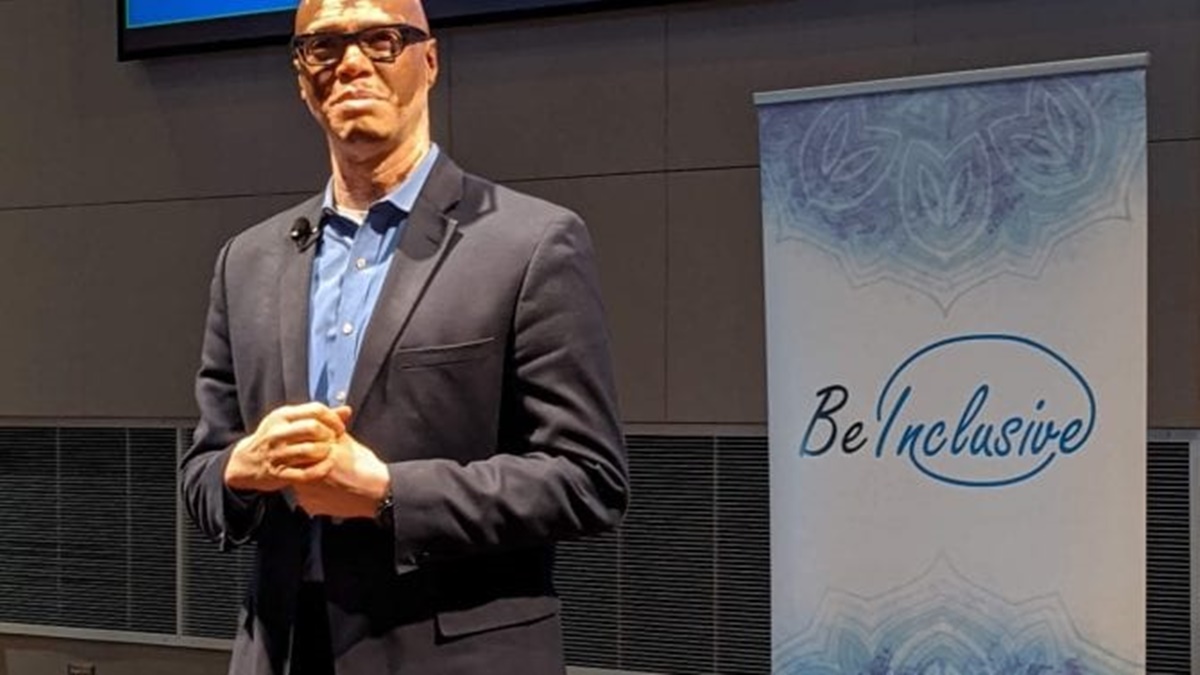 Lee Thomas Shares His Vitiligo Journey: ‘I Am Not My Disease’

Home » Insights » Lee Thomas Shares His Vitiligo Journey: ‘I Am Not My Disease’

As a broadcast television personality, Lee Thomas was comfortable having all eyes on him.

That was until age 25, when he was diagnosed with vitiligo – and the pigment in his skin began to disappear. The stares from strangers were everywhere: at the gas station; at the grocery store. Some people wouldn’t shake his hand.

But he didn’t like what was happening to his personality.

Vitiligo – pronounced “vit-ill-eye-go” – is a chronic disorder in which skin cells begin to lose color. It is rare and affects people of all races. There is no cure. Michael Jackson had vitiligo, as does model Winnie Harlow, actor Jon Hamm and comedian Steve Martin. Because vitiligo is so rare, people with the skin disorder are often embarrassed or uncomfortable in their own skin. Rude reactions from others can cause people with vitiligo to develop low self-esteem and depression.

Thomas has been through a 25-year journey to accept his ever-changing skin and to thrive in it. Thomas radiates happiness – proof of his emphasis on staying positive to maintain his mental health.

As an entertainment reporter with Fox 2 News in Detroit, Thomas interviews celebrities for a living.

“It’s easy to look at someone from the outside and say, man, they’re living their best life,” Thomas said. “My job seems like it’s a perfect life. But behind the scenes, I’ve always had to deal with this.”

Thomas spoke about living with vitiligo and his journey to acceptance to Blue Cross Blue Shield of Michigan employees on Jan. 22. His appearance at Blue Cross was coordinated by the Diversity and Inclusion department and is one of the numerous sessions that are held for employees throughout the year to learn about different cultures, communities, generations, work styles, and perspectives. His message of self-awareness, acceptance of self and others, and education resonate with the Diversity and Inclusion team’s Be Inclusive campaign to learn about, recognize and embrace individual identities.

As he started his journey, instead of becoming angry at the way people reacted to his appearance, Thomas tried being patient: pausing in the moment to understand the perspective of the other person.

“I couldn’t allow myself to become angered, or a shut-in, or a person who didn’t deal with people – because that was my chosen profession,” Thomas said. “I had to be patient.”

The energy each person brings to a situation is powerful, Thomas said, explaining how he chooses to manage his thoughts to stay positive.

“Try to control your thoughts and manage your thoughts,” Thomas said. “Let it linger for five minutes – and see if there is something I can learn about what I did.”

Now Thomas spreads awareness about vitiligo and more recently started sharing how he has been able to overcome the mental hurdles to stay positive and keep negative interactions from affecting his life.